Built in 1940, this is one of the oldest cinemas of the country. The cinema center was named after the poet Nizami Ganjavi. In Soviet times, this cinema hosted film festivals and premieres of new works of domestic and foreign filmmaking.

After a thorough renovation, the Nizami cinema reopened its doors to visitors in 2011. It now holds the status of “cinema center”. The opening night of national films are held here, together with previews of films in the current program, including new films from other countries and those in 3-D format.

All the rooms of the Cinema Center are equipped with the technology facilities, projection and sound equipment. On the ground floor of the Cinema Center there are commercial kiosks, on the first floor – cafés, on the third floor – a coffee club and a press-center, as well as a 250-seat two-storey restaurant and offices on the fourth and fifth floors. The ceiling of the restaurant is automatically opened and closed depending on the time of year. 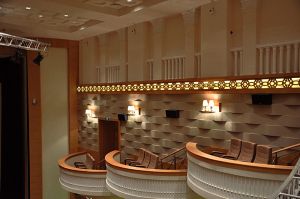 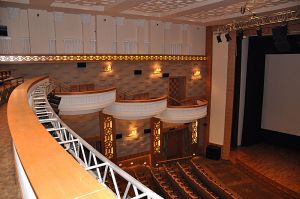 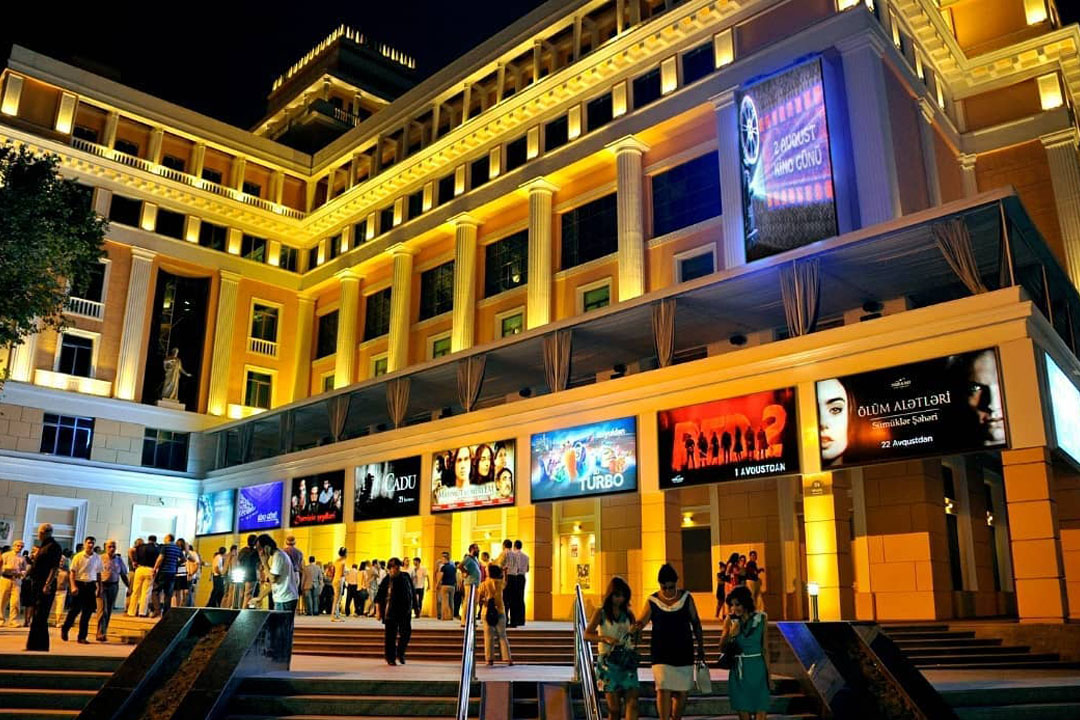